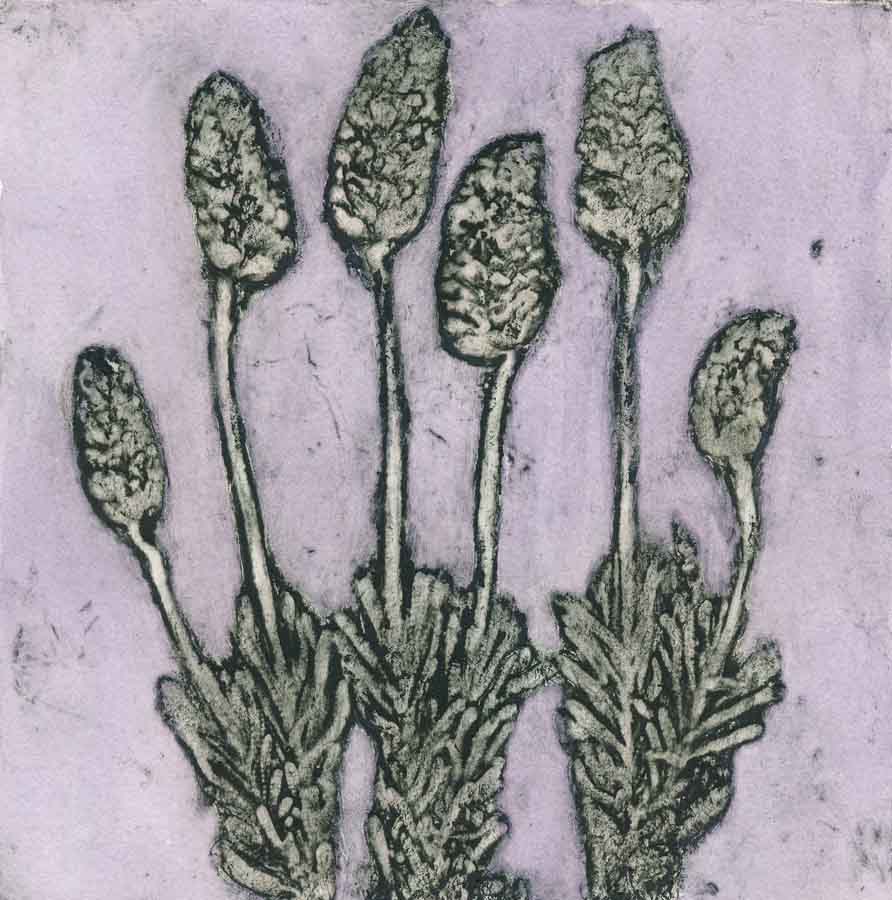 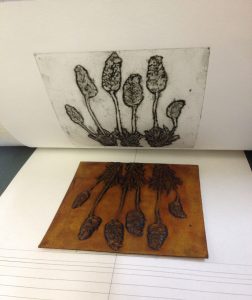 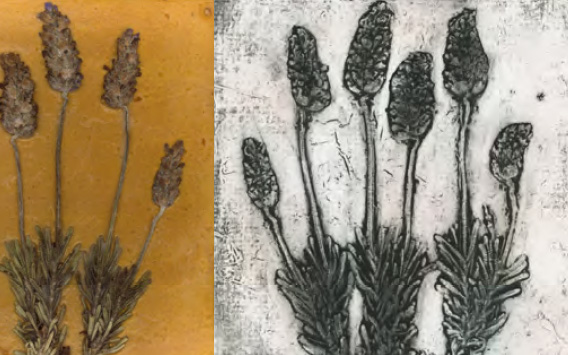 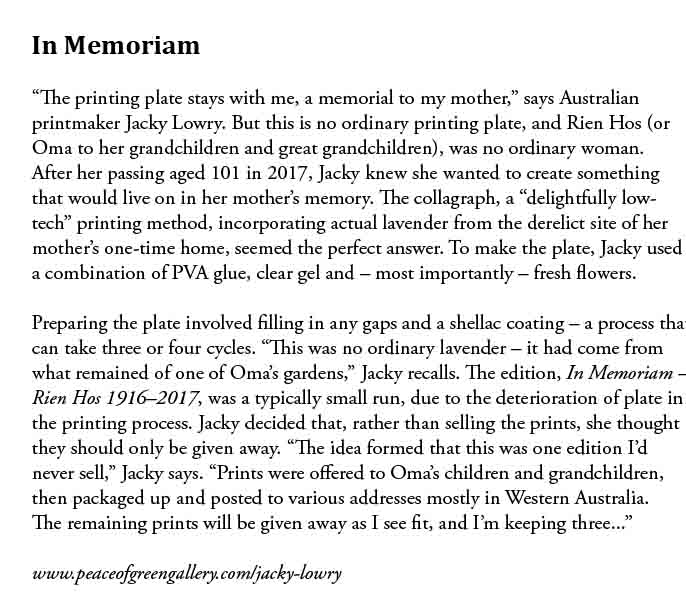 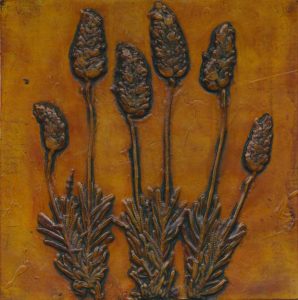 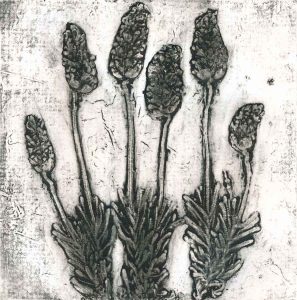 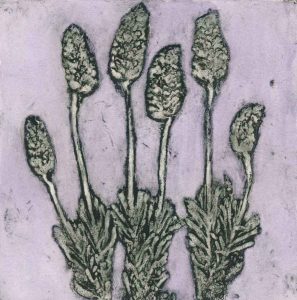 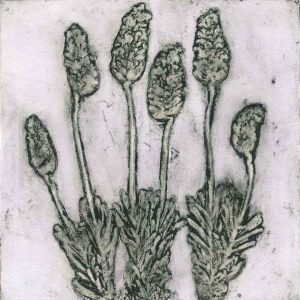 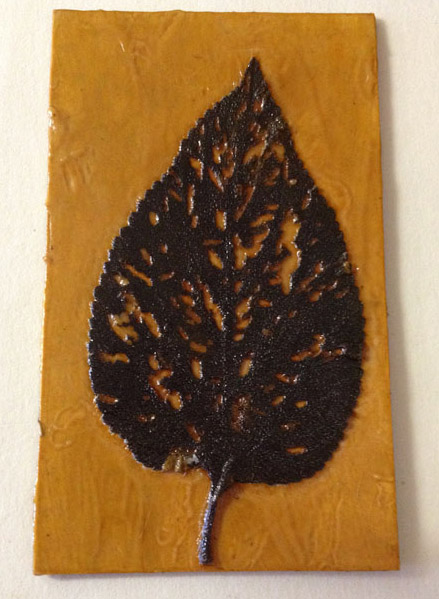 COLLAGRAPH PRINTING IS A PROCESS

For the last couple of months I’ve been very focused on getting this website built, even more so than the downsizing project. (Read why we have to start downsizing here.)  But in between decisions about accumulated stuff,  I felt the need of an art break.

Later in the year Maleny Printmakers are will be holding their annual “Collectables” Exhibition, and this post outlines how I made a print for that.  (Find out about the Maleny Printmakers here – the header image is my studio, by the way.)

There are quite a few steps in getting a collagraph edition made. 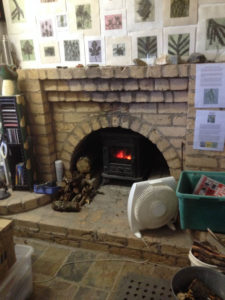 1. Have the fire on all day for a cosy atmosphere on a cold winter’s day. The fan circulates the heat from a little stove beautifully around the large studio. 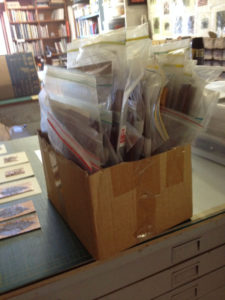 2. Chose a collagraph printing plate. I have many unprinted plates to choose from – some made while on mother-care duties in Albany, Western Australia, and others from around where I live. However, for this exhibition I need a small plate, and that limits my choices. Collectables prints are small, printed on 13.5cm x 11.5 cm paper, to fit into a CD case – hence “collectable”.

It so happens I have some really small plates. They were made for a miniature print competition (maximum area four square inches) that I never got around to entering. At the same time I made a few slightly larger ones as well. 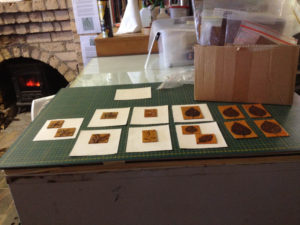 Here they are laid out on bits of paper, so I can choose. They are dear little plates, so I will show you some of them. 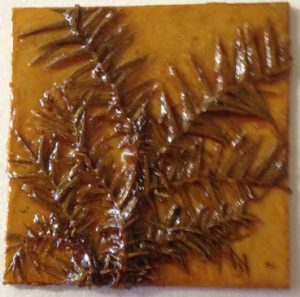 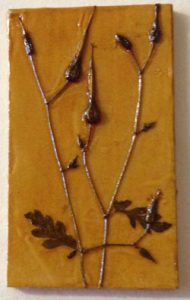 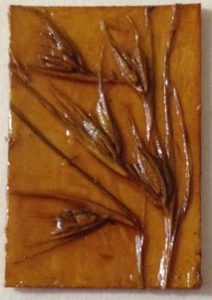 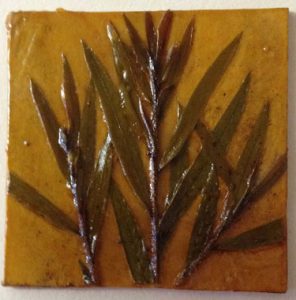 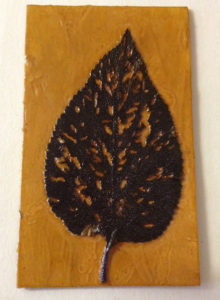 I finally decided on the larger Lantana Leaf. I love the lacy look caterpillars have left.

In Queensland Australia, Lantana is a pest species, and I rather enjoyed the idea that this pest has a pest of its own.

3. Next, cut or tear the paper to size – 13.5 cm x 11.5 cm. One of the advantages of a small paper size is that I can use up off cuts of printmaking paper. Soon I had a nice little pile of 12 pieces of paper, ready to prepare for printing. 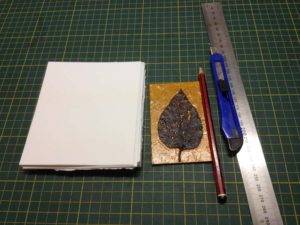 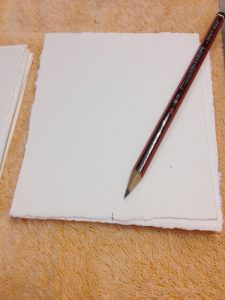 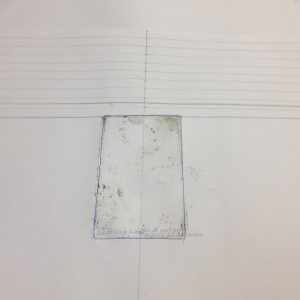 5. Here is the registration sheet.  The vertical line is in the centre, and the horizontal lines measure 1 cm intervals above the outline of the plate, centrally placed along the vertical line.

The inked plate is placed on the outline, and the paper is then laid on top of the plates. level with one of the horizontal lines, and with the registration marks on the central vertical.

That sounds more complex than it is.  See the pictures below.

Lantana plate, centrally placed in its outline, on the registration sheet.  Paper is placed over the inked plate, with registration marks aligned to the central vertical line. 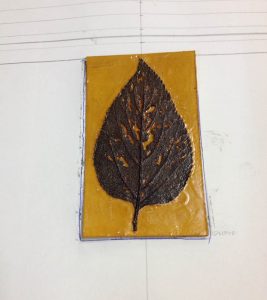 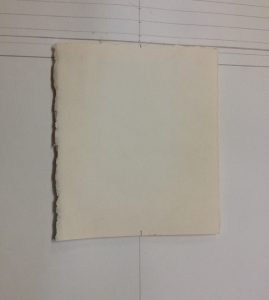 5. But there is more. I can’t just start printing with the marked pieces of paper yet. They must first be dampened to soften the paper fibres so that they will better bend over the shapes on the collagraph plate during the printing. 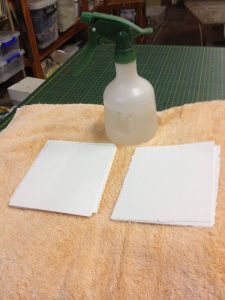 I spray water over both sides of the paper, lay them on top of each other and cover with a towel. 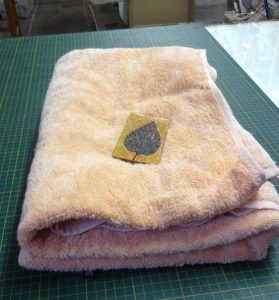 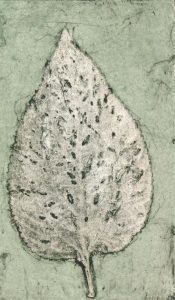 Lantana Leaf 1, © Jacky Lowry: the finished product, ready for display at the Maleny Printmakers Collectables 2019  Exhibition in November 2019. I’ll update you closer to the event.